“When audiences come to see G. B. Leighton, it is clear they have a long and intimate history with Brian Leighton and his music. Audiences not only get up and dance, but they know all the words to their favorite Leighton tunes and sing loudly, becoming a part of the fabric of the evening's musical experience.”

More than 200 shows a year. Jubilant fans who follow him from Minnesota to Mexico. More than 70,000 albums sold. A new release “2nd Chance” and a state-of-the-art nightclub named after one of his songs -- all without the support of a major record label…

GB Leighton, a band named after one of the regions’ most incendiary live performers and consistently solid songwriters, Brian Leighton.  Through almost three decades and fourteen albums, Leighton and his band have been tearing up rock clubs, festivals and even a few fan’s living rooms with a slew of songs that connect with the heart and couples singing along out on the dance floor.  “A man of the people” is a phrase usually reserved for statesmen and politicians, but for Leighton, it’s a fitting description when you see him in action working a crowd.

Where have we seen this phenomena before? Springsteen in Asbury Park before he lit out for New York and the wider world; Mellencamp back in those anonymous Indiana bars; Leighton delivers that same inescapable rock ‘n’ roll spirit night after night.  “If I hadn’t heard a bunch of Bruce’s bootlegs or seen the videos I’d be a much different musician,” he says today.  “He’s always been a great songwriter and performer, like a preacher almost who commands an audience.  That’s the place I’m coming from.  But at the end of the day, I’m just a common guy, a working class kid from a Twin Cities suburb who loves to put on a good show and hopefully write some good songs in between.”

Leighton made his national country debut with “Get Up”, his eleventh album. For Leighton, who was also honored by Billboard.com as a Top 10 Country Artist to Watch as well. Leighton’s music has clearly left a lasting impression in the Midwest as fans have inked themselves with his lyrics.

“This is the only thing I ever wanted to do.  I don’t see stopping or changing it up no matter where it takes me and the band.”

Brian and his band seem to generate a good time wherever they play, whipping up audiences, not into frenzied crowds, screaming for his body or into drunken music fanatics, but into warm friendly places where people dance till they drop and sing along with Leighton standards. The band creates a Cheers type of atmosphere, where everyone knows your name–or soon will–while couched in musical refrains. -Grateful Web

Named one of Billboards ten artists to watch, Minnesota native GB Leighton has quite a fan following, his fans have en very much behind him, and very loyal, though some go to extreme lengths to prove it. -Chuck Dauphin, Billboard

One Time, One Life 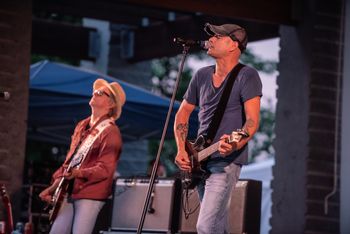 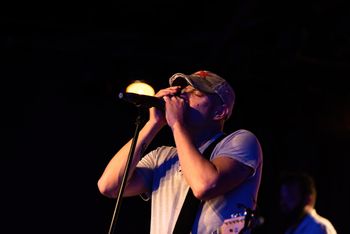 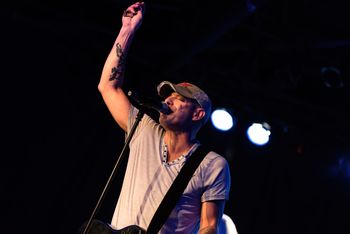